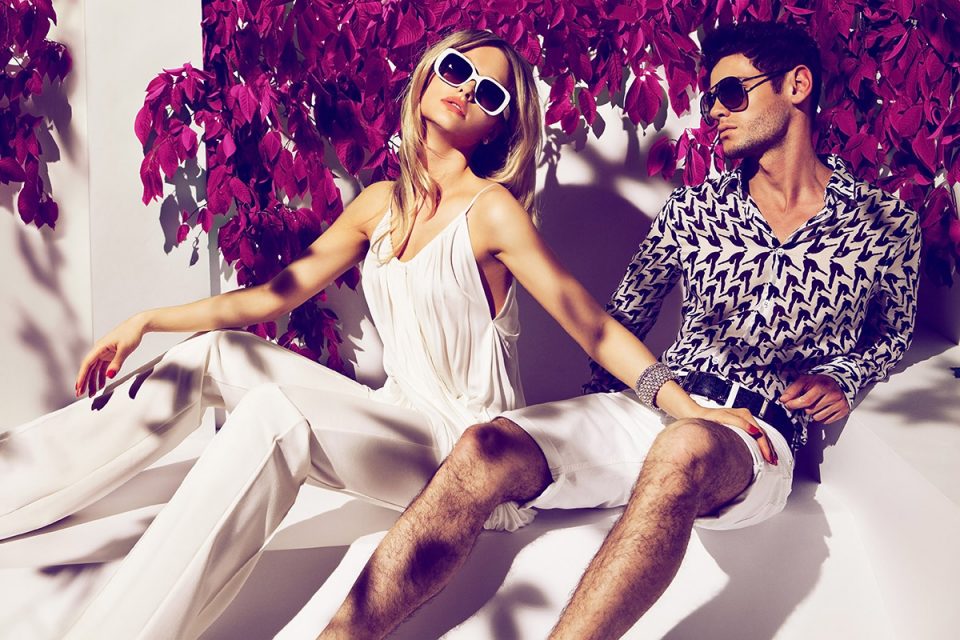 Some clothing items never go out of style. You can count on the fashions, much as you do a cushiony soft chair, used while reading, or the soothing feeling you get from listening to a familiar song or refrain.

If you are in a hurry or you are not sure what to wear, you can count on the following fashion staples to save the day. Not only do they make you look your best, but they also give you that extra boost of self-confidence.

Let’s look at the must-have designer staples that you cannot leave out of your closet or overlook wearing, especially if you want to make a great impression.

Your Main Fashion Staple – The Classic Blazer: A Perfect Comeback Piece of Clothing

The loose and comfortable blazer goes back to its debut in the nineteenth century. At that time, boaters, rowers, and cricket players wore unisex jackets. The jacket, during the period, often was navy or black and made of flannel material. Brass buttons adorned the sleeves and front of the sophisticated apparel – a piece of outerwear that was a combination of a suit jacket and a more casual sheath.

By sporting a blazer, wearers unified their look without having to match the jacket to their slacks or skirts. Its looser structure allowed more room in the shoulders and chest.

The crew members of the ship, the HMS Blazer, showed off their jackets to young Queen Victoria in 1837, much to her approval, and the team of rowers of St. John’s College flaunted the garment as well.

The Cambridge College oarsmen wore their crimson jackets to identify themselves in regatta competitions. Eventually, they displayed the red jacket around campus, giving it further emphasis and appeal.

As a result, the jacket finally shifted from water to land, as women started wearing blazers more frequently in the twentieth century. The look really took hold after Coco Chanel fashioned an ankle-flowing skirt and sleek jacket in 1914.

Vogue first showed off a woman’s blazer in its summer June 1893 issue. An article, at the time, referred to the jacket’s use during the yachting season. The reporter commented on the smart women’s look, which paired a plain skirt with a long blazer.

As women became more involved in sports, however, the blazer was replaced, temporarily, for a cardigan sweater. Still, you cannot keep a great fashion from fading from view. Students revived the look of their school jackets to blazer appeal in the 1950s. Variations of the woman’s jacket were also showcased in the late 1940s with pedal pushers, skirts, and slacks.

Therefore, the blazer has stood the test of time and still is a great look and wardrobe staple. While it trended in the 1970s and 1980s, the wrapping still makes a meaningful fashion statement today.

That is because you can dress up or dress down your look with a blazer. For example, you can wear a neutral blazer with jeans, a skirt, or formal or casual slacks. You can even combine the outerwear with leggings. Don the jacket with flats or with boots. Be creative.

The great blazer looks today are featured by designers, such as Nili Lotan and Vince while Brunello Cucinelli offers a double-breasted look that conveys a marine design. You can choose blazers in linen and cotton for summer wear or select a wool houndstooth blazer for fall or winter clothing styles.

Blazers come in a range of styles and sizes, so you can find just the perfect designer look for you. Pricing is also set so you can add this must-have staple to your closet any time.

A luxurious sweater material, cashmere is always welcome in any woman’s closet. Whether you choose a cropped cardigan style, add an open weave design, or choose a more casual v-neck sweater, you will impress others with your sartorial finesse.

You will further appreciate this material when you learn about its origin. The Kashmir Valley, which is where the wool first appeared, sits between the Himalayas and Pir Panjal mountains. While it is considered part of northern India, the countries of China, India, and Pakistan all believe they have claims to the area.

Regardless of the discord, the HIrcus Blythi goat, or pashmina goat, which is the primary source for cashmere wool, lives peacefully in the valley. The goat is also bred in other parts of the world. However, many experts believe that the weather and landscape of the Kashmir Valley leads to a softer, more refined downy material.

References to cashmere wool can be found as far back as the third century BCE. The wool emerged as a regular material for various clothing styles in the fourteenth century. Because cashmere comes from the pashmina goat, it is also called pashmina wool, so the words, pashmina, and cashmere may be thought of as the same.

Cashmere is used to make sweaters, gloves, hats, and shawls. It’s your go-to material for looking stylish during glacial cold spells in the winter or coolish days in the fall.

A great staple accessory is the traditional shoulder-style bag, especially one with a chain handle design. This sought-after designer accessory is available in a variety of looks and is a must-have carry-all for holding your daily essentials while running errands or carrying an attache at work.

Here is where function follows style, as you can tote the bag with a variety of fashions. Choose a neutral color, such as white, tan, or black, that offers easy access as well as security. A leather quilted look by Saint Laurent is always a great design choice.

A Pair of Denim Jeans

To keep things both casual and fashionable, you never can go wrong with denim. Traditional denim jeans never go out of style, especially if you choose a basic fashion. For example, R13 highlights stretchy slime-made jeans that are ideal for all types of figures. Pair it with a classic white shirt and carry a classic clutch and you can make a Starbucks run in the utmost laid-back style.

While denim jeans first appeared at the time of the Gold Rush (1853), they started becoming a fashion statement in the 1950s. The wearing of jeans as a fashion took hold in the 1970s and has lasted ever since.

Does your closet miss any of the above fashion staples? If so, now is the time to update your wardrobe. Take a look at what you can add to your closet and make those changes online today.

How to get into Modeling?

Where Can You Get Dresses For Your Baby Girl?

What are safety work shoes and why they are important

Things to Keep in Mind When Choosing an Evening Dress