What is the Best Way to Clean…

Our Guide to Getting the Right Plus…

How To Find Glasses To Suit Your…

5 Tips For Keeping Your Hair Healthy

How Glasses Become Our Facial Identity

Where to Buy a Fashion Party Dress

7 Trendy Wedding Flowers For A Rooftop… 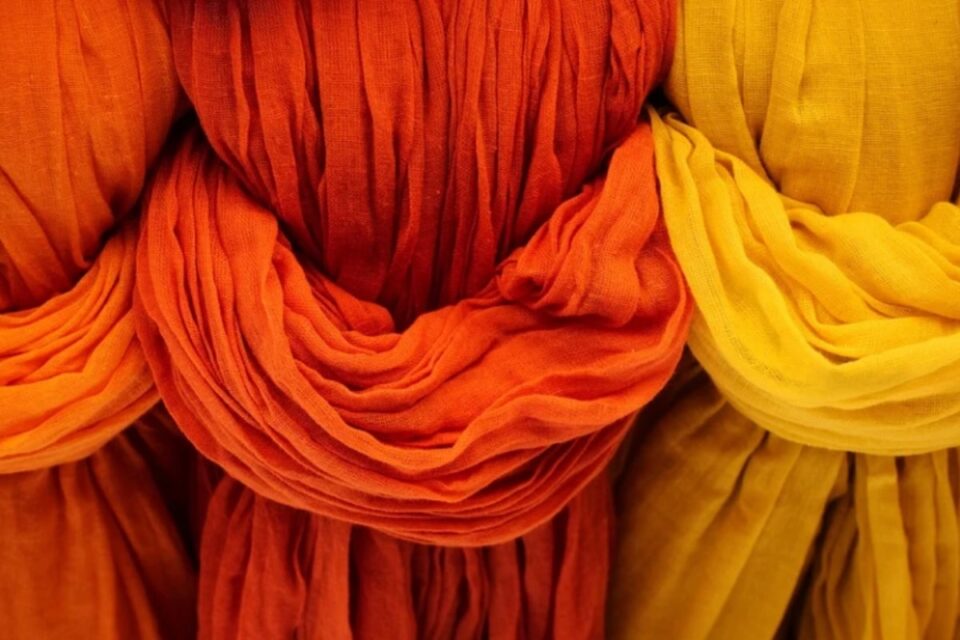 The dupatta is one fashion garment that has stood the test of time. The usage of this ubiquitous piece of ethnic attire can be traced to as far back as the Indus Valley Civilisation. While the dupatta started life essentially as a modesty garment, it has evolved over the years to become a much-loved style accessory.

Dupattas can be found in a multitude of colors, drapes, and fabrics. Having a collection of unique and stylish dupattas in your wardrobe gives you endless options for creative twists to old looks or creating dazzling new style statements. So whether you need to refresh your wardrobe or give your sartorial choices a complete overhaul, look no further than some beautiful dupattas.

The Tradition of Indian Dupattas

The word ‘dupatta’ comes from the Sanskrit words ‘dvau’ meaning two, and ‘patta’ meaning cloth. It’s a reference to the early usage of a scarf doubled twice over the head. It is also called “chunnari”, “chunni”, or “odhni” in different parts of India.

The dupatta is worn in many different styles in the Indian subscontinent depending on regional and cultural influences. Its’ most common use is as an accompaniment to the traditional salwar kameez. It is often draped with the middle portion of the dupatta forming a ‘U’ shape across the bust. A portion of the dupatta further up is draped across both shoulders with the tail edges falling behind.

These days it’s common to see the dupatta worn simply like a shawl on the one shoulder. Some women wear the dupatta like a scarf to cover both the head and shoulders. Others are seen to wear it like a cape covering much of the upper body.

A modern variation is to wear the dupatta like a long stole with a belt to create a look that can fit equally well in the boardroom and at the dinner table.

Womens’ dupattas come in an endless array of styles, colors, and fabrics. You’re never spoiled for choice and you can always find just the right one to spruce up, dress down, or glamify whatever it is you’re wearing.

Styles of dupatta based on origin and technique

Banarasi silk dupattas. Banarasi silk has its origins in Varanasi, in the state of Uttar Pradesh. Originally crafted for royalty, this exquisite handwoven silk fabric has ardent devotees all over the world. A traditional saree made from this fabric can take up to 6 months to weave, a testament to the skill, talent, and work involved. Dupattas made from the fabric have pride of place in many an Indian home.

Chanderi dupattas. A specialty of the town of Chanderi in Madhya Pradesh, chanderi dupattas are known for their glossy, intricate textures, luxurious appearance, and lightness of carriage. You’ll find chanderi dupattas in a range of pure silk, silk-cotton, and chanderi-cotton fabrics. Gold, silver, and copper threads are used to work the motifs giving the chanderi fabric its’ characteristic shimmery finish.

Gota patti dupattas. Gota patti is work wrought from gold and silver lace originating in Lucknow. Gota patti is more adaptable to light weight fabrics like chiffon and georgette but that doesn’t make it any less intricate or stunning. Another firm favourite of royalty that has since descended to the masses, any garment made with gota patti is special and deserves a hallowed place in your wardrobe.

Ikat dupattas. Ikat has its origins in Indonesia but has carved a unique niche for itself in Indian fabric lore. You can recognise ikat dupattas by their distinctive prints made using the “resist dyeing” technique where yarn bundles are dyed multiple types over into specific patterns before being finally woven into fabric.

Kalamkari dupattas. Kalamkari originates in Andhra Pradesh and is a word that means pen craft. In kalamkari, a padded bamboo stick is used to draw out the designs on cotton fabric much like a pen. The fabric is also hand-painted and dyed. Kalamkari designs feature colourful characters and motifs forming the distinct and recognisable patterns unique to this style.

Madhubani dupattas. Another unique, beautiful and popular style, madhubhani or mithila is a unique form of painting originating in the Mithila region of India. Madhubani dupattas highlight scenes from nature and cultural life making use of every available space on the fabric.

Phulkari dupattas. Known for their color and vibrancy, phulkari dupattas are made using the ‘phulkari’ or flowerwork technique native to Punjab. Hand-woven cotton fabrics spring to life under skilled artisans who imprint nature and culture-inspired designs using floss silk thread.

Indowestern womens dupattas. An interesting variation of the traditional dupatta, indowestern dupattas bring together the best of both worlds. Indian fabrics, embroidery, and designs meld with well-tailored western silhouettes forming the stuff of dreams.

Styles of dupattas based on fabric type

It’s in the sheer range of fabrics that the real versatility of dupattas comes to the fore. Whether it’s your practical no-nonsense cottons, gorgeous chiffons and georgettes, trendy nets, or elegant and timeless silks, there are as many fabrics as there are colors in dupattas.

The cost of different types of dupattas can vary depending on the type of fabric and the work involved. The costs can also depend on whether you’re looking for commercially available designs or exclusive designer dupattas. You may also find differences in the costs based on whether you’re shopping for your dupatta online or buying your dupattas directly from a local artisan or a department store.

But the sheer versatility of Indian dupattas means that you can transform even the plainest or simplest of dupattas into trend-setting style statements by getting creative and stamping your own design flair on them. There’s a great looking dupatta for every type of budget.

How to Style Dupattas

When it comes to fashion, there are no limits to what you can do with dupattas.

What’s not to love about dupattas!

Have a favourite dupatta in your collection? Tell us about it in the comments below!

Your Breast Augmentation Procedure From Start to Finish

How to Ensure Your Raincoat Keeps You Dry

How to Choose the Right Perfume or (Perfume: Selecting the Right One)