Online T-shirt designs For You

7 Things Women Say They Love in…

Is It Ok to Wear a Sports…

TOP 5 Countries That Manufacture the World’s…

Strapless Bras – Best Bra for Your… 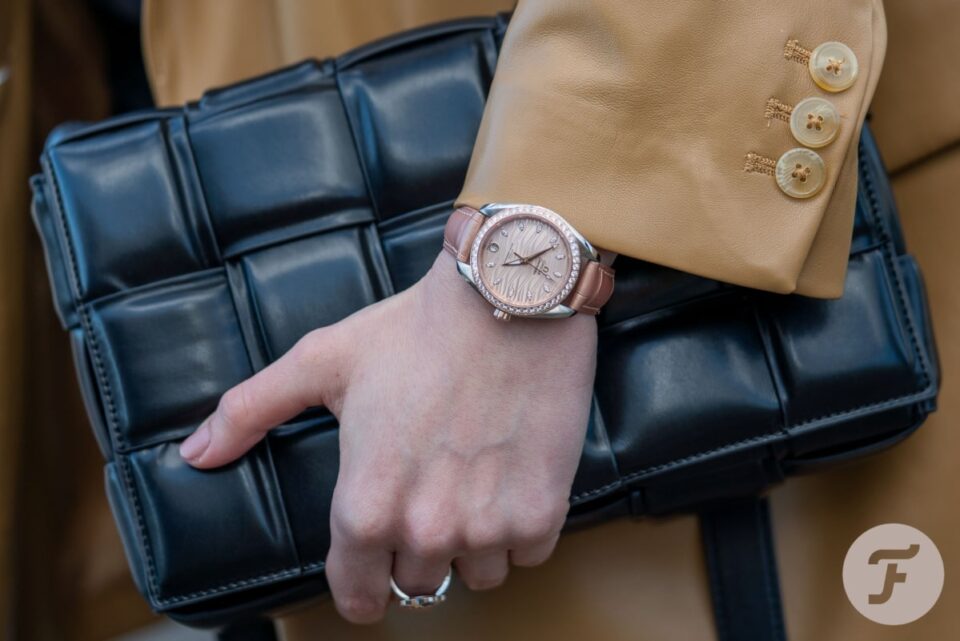 It’s no secret that watches collecting is more like a boy’s club. The lack of female viewpoints in the watch market and the industry as a whole is a point of contention worth discussing. This, however, does not have to be the case. Watches have an individual effect on every one of us, and there is no wrong or right way to be enthusiastic about the craft.

The following is a list of Omega women’s watches, which are noted for their precision, elegance, and appearance in many films. The brand has a wide range of collections for women. You might want to add the following models in your catalogs after knowing them better.

The Omega De Ville Prestige Quartz ref 424.10.27.60.56.002 has a beautiful stainless steel casing with a dial set with diamonds. The grey dial has a textured surface that offers it a smokey impression, and it boasts heat-blued steel diamond indices and Roman numerals. A slightly broader bezel and a pleasant seven-link bracelet complement the flawlessly circular case, making the watch appear more significant on the wrist without dominating the dial. Everything comes together to create a beautiful contrast between the timeless and conventional and something more contemporary and surprising.

The De Ville collection began as a sub-collection within the broader Seamaster line before becoming its series in the mid-1960s. Presently, the De Ville series is mostly used by Omega to create dress timepieces with a retro feel. While the Trésor line’s women’s and men’s watches receive the most prominence, the Prestige line also has a great deal to offer, drawing on Omega’s mid-century design palette and combining old-school Omega designs with current ideas.

The ethically obtained stones are fitted smoothly in both the bezel and as hour markers on this variant of the Seamaster Aqua Terra ref 220.25.34.20.55.001. The six o’clock date window is a nice touch, as it saves the eyes from at least a few minutes of screen time each day. This watch is also magnetic, and while this Seamaster Aqua Terra may appear to be a standard “women’s watch” at first glance, it has a lot more to contribute.

While the lining on the dial of OMEGA’s basic Aqua Terra is luxury designer to resemble the teak pattern found on luxury yachts, the dial was perfectly smooth when it was introduced in 2002. When it arrived, it was a more refined addition to the Seamaster collection. The Aqua Terra remained unchanged until 2008 when it was modified with a vertical line on the dial and caliber 8500, an in-house movement.

Omega took a huge stride ahead with the Aqua Terra series five years later when it introduced caliber 8505, a new movement that made it the first watch to be resilient to magnetic fields up to 15,000 Gauss. Omega followed up on the revelation in 2017 with the current line. That year, there were two important breakthroughs. The first was a full overhaul that included a variety of men’s and women’s fashions and variants. The second concern was the movement, as each Aqua Terra was certified as a Master Chronometer by METAS.

The ladies’ Constellation ref 131.20.28.60.58.001 is little yet powerful. The two-tone case, diamond indices, and Roman numerals on the bezel may be considered excessive by some. Others may argue that it is too small at 28 mm. This 1990s nostalgia watch, on the other hand, is perfect in its own right. The Constellation appears to be a modern classic appropriate for any woman. In reality, this watch is suited for any situation, from a business meeting to a weekend of football playing, and it will blend seamlessly into any lifestyle.

The integrated, claw-like bands that flank the left and right sides of the watch are the most famous feature of OMEGA’s Constellation series for ladies. This model’s first design was entirely practical, intending to improve water resistance, but it has since grown into simply artistic terrain. The yellow gold claws are flush with the case and matching gold fixed bezel and have a high polish in this casing. The “half-moon” facets at the top and bottom of the case, which highlight the watch’s on-the-wrist feel and give it a quasi-barrel form, are another feature of the Constellation.

While the De Ville Trésor ref 428.17.39.60.01.001 has plenty of diamonds and a quartz movement, the watch was designed and developed with a lot more thought than you might think. The flowing form of the casing, as well as the elongated numbers that reach out across the deep black dial, are both Art Deco in style. Rather than covering the watch’s bezel with diamonds, as so many other timepieces aimed at ladies do, Omega employs the jewel sparsely, strategically arranging different-sized stones along the edge of the smooth bezel.

The jewels are placed in a four-step process that includes a row of diamonds organized by size to meet the exact proportions of the bezel curve. The diamonds are then placed with a little setting tool and secured with four minuscule clasps that correspond to each jewel. These diamonds are polished and checked after they have been set to ensure that they are solid in their positions. A single polished diamond is set in the watch’s crown, which is encircled by a crimson “HyCeram” ornamentation.

A revolutionary quartz movement was built to maximize battery longevity, with up to 48 months of running independence, and is housed inside the 39 mm stainless steel case. Omega adds circular graining and rhodium plating to the quartz caliber 4061, showcasing the brand’s determination to go above and beyond for each watch that departs its Biel factory.

While this collection concentrates on what is generally thought of as a ladies’ watch, it is believed that timepieces are, on the whole, gender-neutral and can be appreciated by anybody. These four watches may be on your collection the next time you’re about to purchase a new Omega watch. Many traditionally masculine timepieces, such as the Seamaster 300M or Speedmaster Professional, can also be found on the wrists of women.

How to Shop Luxury Designer Lingerie?

Reasons To Enjoy A Pregnancy Massage In Penrith